The US Government continues to push the story of mistreatment of the Uygur in Xinjiang Province all the while ignoring the fact that it encouraged and supported the genocide of Native Americans and the pilfering of their lands for hundreds of years. To this day, Native Americans are suppressed and have high poverty rates and poor health conditions. Their native languages and culture are either extinct or on the brink of extinction.

Which brings up the celebration of Thanksgiving. Generally, presented as a day when the Pilgrims and Indians celebrated in harmony together, the real truth is shocking. You can read about it in this article:

This begs to question, why does the US Government continue to push the supposed human rights issues in Xinjiang. It is unquestionably to create unrest and try to destabilize Chinese society.

It is time for the US Government to focus on taking care of its citizens and work on restoring the pride and honor of Native Americans.

Women have an advantage over men... 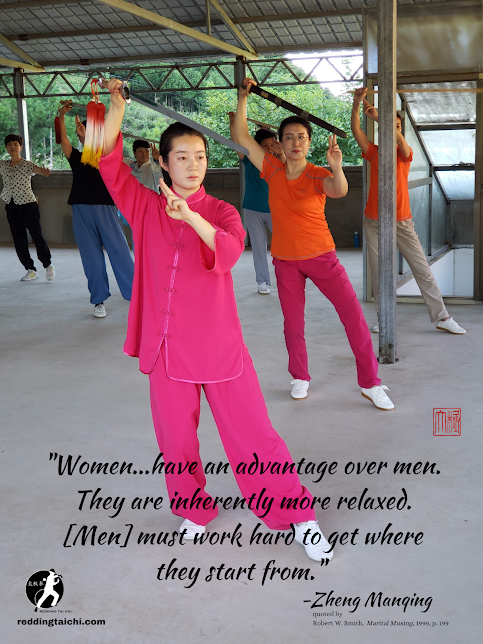 Posted by Michel at 4:07 PM No comments:

USA criticizes China while financing the Genocide of Palestinians

The US Government continues to be highly critical of China and its so-called "human-rights" violations while financing the genocide of Palestinians. Yes, the bombs that the Israeli's are using to murder Palestinian men, women, and children are financed and for the most part made in the USA. The Israeli government is required to buy the majority of their armaments from the USA with the money the USA gives them.

One American Senator is willing to speak out. Senator Bernie Sanders is introducing a measure to "disapprove" of the US sale of "precision guided" weapons to Israel. Will this stop it? No, but at least there is one US Senator that shows signs of having a conscience.

You can read more at: https://www.cnn.com/2021/05/20/politics/bernie-sanders-resolution-us-arms-sale-israel/index.html

In the meantime, while the US Government and the world in general is reluctant to confront Israel on the issue of Palestinian genocide, you can avoid supporting Israel and boycott any products or services that come from Israel.

Posted by Michel at 9:02 AM No comments:

The US Government is failing miserably in human rights. We are witnessing an unprecedented time of civil unrest, almost weekly mass shootings, high unemployment, homelessness, and over 500,000 dead due to the government lies about the seriousness of COVID-19. We also have a dysfunctional government with representatives acting like spoiled two-year old's.

Instead of tackling our human rights problems the US Government wants to distract us by focusing on Xinjiang and creating a story about poor treatment of its citizens. I for one am skeptical. I was in Xinjiang about two years ago, and yes, the security was tight, but we were able to visit freely and there was no sign of unrest or so-called camps. It was a much safer place to be than almost any city in the US.

On the other hand I do know for a fact that the US Government will falsify information and stir up unrest in other countries all in the name of spreading democracy. Think about our invasion of Iraq and how it was based on lies. How many Muslims died because of false intelligence?

The truth is that people with power (and money) have woken up to the fact that while we've been bogged down killing Muslim men, women, and children and creating instability in the middle East to control their oil, China has been prospering economically by advancing peaceful trade with other countries. China is also advancing in their technology at a faster rate and will surpass the US in the next few years, if not sooner.

The US Government needs a plan to stop spreading lies and work together with China. We need to have healthy competition instead of  more "they are the enemy" lies. Working together would create prosperity for both of our countries and add some stability to the world and maybe our leaders could focus on taking care of its own citizens.

Posted by Michel at 9:04 PM No comments:

and continues with:
"China for decades has waged a campaign to destroy Tibet's proud culture and history, House of Representatives Speaker Nancy Pelosi has alleged, asserting that the US will continue to stand with the Tibetan people and honour (sic) those who sacrificed all for their rights and freedom."
Pelosi loves to distract the American people from the realities going on at home. Meanwhile, over 534,000 people have died from COVID-19 due the negligence of the US Government. There's also daily racial violence, attacks against Asian-Americans, but no, let's criticize China on Tibet.
It should also be noted that in terms of COVID-19, Native Americans and Native Alaskans have suffered much more than the rest of the country.
I think before Pelosi makes her statements she should consider how bad the US treated Native American's. In Northern California the was a $5.00 a scalp bounty for Native American men, women, and children.
About a year ago I was talking to a local Native American and asked if anyone could speak their Native Language. The answer was that a few people could. It's a shame that the US Government wiped out hundreds of Native American languages by insisting they speak English.
Are Native Americans treated any better today? From my observation things haven't changed all that much. There's still a lot of poverty, unemployment, and drug abuse. Is the government helping to change this? Has the government ever tried to change it?
Please Ms. Pelosi before you criticize China or any other country look at what you have done or haven't done for the people in the USA - especially Native Americans. They still need our help.
Do something positive for us and help create jobs, improve education, and provide better. By the way, maybe you can give your San Francisco and Napa Valley property back to members of the tribes in those areas as act of good faith.

Posted by Michel at 3:46 PM No comments:

Double Standards on US Policy towards China and Hong Kong

Now the tables are turned and with American citizens breaching the halls of our capital buildings the protesters are being identified, losing their jobs, and being arrested (3).

Our politicians view the rioting and destruction in Hong Kong as good and when the Chinese government increased the presence of Police this was viewed as suppression.

Of course, now that the same kind of civil disobedience and destruction happened here our government officials condemn the protests and the violence.

The USA has long held a double standard with China and feels that it is a threat. This is unfortunate because we should be viewing the Chinese as competitors - not as our enemy. The USA needs to abandon the ideology of condemning China. Both China and the USA have more to gain from a constructive relationship that will mutually improve the well-being of our citizens.

(1) The Hong Kong administration first proposed the changes in their extradition bill in February 2019, citing the case of local man Chan Tong-kai who was wanted for the suspected murder of his pregnant girlfriend while the two were on holiday in Taiwan. Officials said he could not be sent back to Taiwan for trial because there was no formal extradition agreement between the two territories.
https://www.aljazeera.com/news/2019/6/11/hong-kongs-controversial-extradition-bill-explained

(2) From an extradition bill to a political crisis: A guide to the Hong Kong protests
https://www.cnn.com/2019/11/15/asia/hong-kong-protests-explainer-intl-hnk-scli/index.html

(3) People at the US Capitol riot are being identified and losing their jobs https://www.cnn.com/2021/01/07/us/capitol-riots-people-fired-jobs-trnd/index.html

The Simatai section of the Great Wall is about 75 miles northeast of Beijing. This area is known for the majestic views and steep terrain. My first trip there was in 1999 when it had limited development for tourism. At that time you could walk as far as you dared. The picture on the top of the blog is from that trip and is a section that we decided was too narrow and too steep -with sheer drops of several hundred feet -  to continue.

The last time I was there was in 2009 (my third trip there) and tourists were not allowed to go past a certain point. I was glad I had been there years before and had been able to go farther. The pictures below are from my last trip there. A misty, lightly rainy day. Any section of the Great Wall is wonderful to see but this is one section that I would like to return to someday. 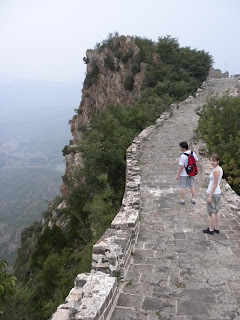 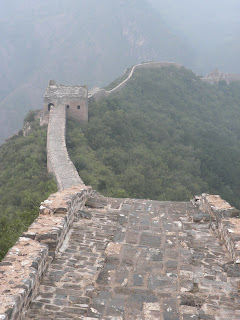 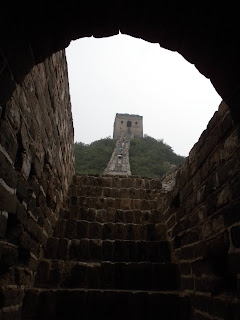