Ip Man (sometimes spelled "'Yip' Man" (Mandarin: Ye Wen) has gone done in history as one of the most skillful proponents of Wing Chun Kung Fu. He produced a number of highly skilled Wing Chun practitioners including Wong Shun Leung, William Cheung, Duncan Leung, and Moy Yat. His mostly famous student though was Bruce Lee.
When I was in Hong Kong in August of 2012 I went to pay my respects at his grave.
Ip Man's grave is found on a hillside behind Fung Ying Seen Koon temple in Fanling, Hong Kong. At the time I was staying in Kowloon and Fanling was quite a distance away. Fortunately, Hong Kong has an excellent subway system that is easy to use. I left my hotel early one morning and walked 15 minutes to the subway station. It was quite hot and humid and I was a bit sweaty by the time I got to the station. Fortunately it was much cooler in the subway. From my starting point I had to make two transfers on the subway to get to the train to Fanling. The ride was moderately crowded and at some point the subway train came above the ground so you could see the outlying area. When we arrived at the Fanling station I got off the train and walked on the overpass to Fung Ying Seen Koon temple which is nearby. Ip Man is buried in a graveyard behind the temple. There's a path to the graveyard and along the path are a couple marker's pointing you toward his grave. On this day the paths were covered in branches and leaves left by a typhoon that had passed through Hong Kong two days before. The debris on the path made it seem like you were hiking in the jungle and the high humidity and mosquitoes added to that effect. Other than the few signs pointing in the right direction there's nothing to tell you when you get to the grave. Ip Man did have a large gravesite compared to the others and it was swept clean. All the other graves were covered in leaves. I got the impression that someone goes there regularly to take care of it. Here are some pictures from the trip. 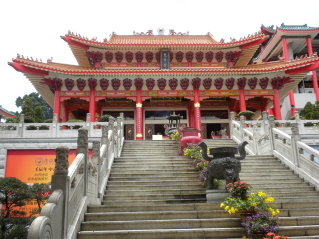 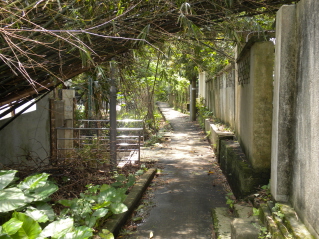 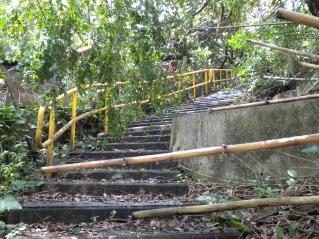 The path blocked by bamboo and littered with leaves. 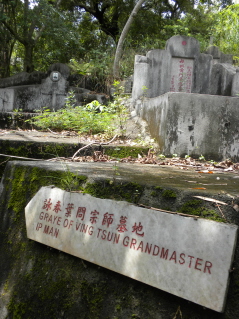 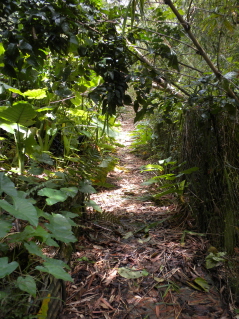 More leaves on the path. 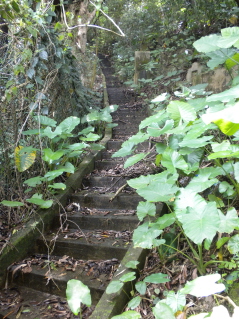 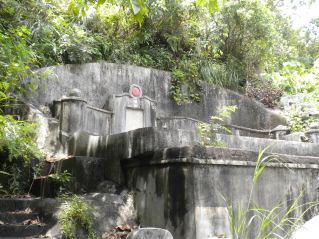 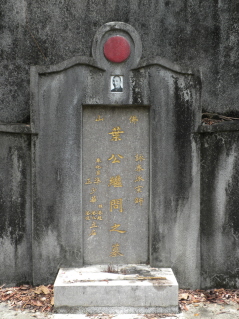 A closeup of Ip Man's grave 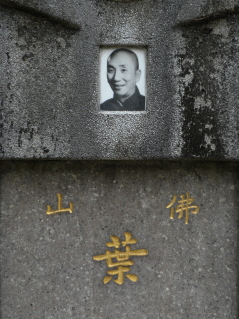 Ip Man's picture on his grave.
Posted by Michel at 5:42 PM No comments:

Actions of the Herbs found in Tung Shueh pills

Tung Shueh is one of the best overall formulas for joint and muscle pain - basically pain that in modern terms is described as arthritis or rheumatism. It is also good for acute and chronic injuries. The name "Tung Shueh (Pinyin: Tong Xue) means "circulate blood." The actions of the herbs found in the Tung Shueh formula are as follows...
Rhizoma Curcuma or Turmeric is an anti-inflammatory and is especially helpful for painful shoulders.
Rhizoma Homalomenae: The Chinese name is Qian Nian Jian or "thousand years of health." It is an important herb for treating joint pain that moves in the body or pain that is affected by changes in the weather. Chinese herbalists say that it strengthens the tendons and bones. It has a strong tonifying action and is also used for pain and swelling due to traumatic injuries. In China it is widely used for treating the elderly. It is traditionally combined with Achyranthis.
Fructus Chaemomelis Lagenariae is one of the more effective herbs for relaxing the tendons. It is beneficial for joint pain due to changes in weather and for pain in the lower extremities.
Fructus Psoraleae is helpful for painful or weak lower back and extremities.
Plastrum Testudinis or turtle shell strengthens the bones and is said to be good for weakness of the lower back and knees. It is composed of calcium, collagen (a protein found in connective tissue), lipids, amino acids, and phosphorus.
Angelicae Sinensis is one of the most researched herbs in Chinese medicine. It is traditionally used as a blood tonic but another important action is improving blood circulation and relieving pain. It is used for numbness and pain in the extremities and painful joints. Modern research has shown that it has analgesic and anti-inflammatory properties.
Cortex Cinnamomi is said to disperse cold in the body and alleviate pain. It is used for joint pain caused by wet and cold weather changes and back pain.
Frankicense promotes the circulation of energy in the body. It alleviates pain and is used for joint pain that moves in the body and pain that is affected by damp weather. Commonly used with Myrrha for chronic pain (caused by blood stagnation).
Myrrha circulates the blood and alleviates joint pain. It is commonly used with Frankincense for treating musculoskeletal pain.
Radix Aucklandiae is used to relieve stagnation.
Semen Benincasae is useful for circulating fluids in the body. In Chinese medicine fluid stagnation creates joint pain that feels heavy, distended or swollen.
Radix Morindae is useful for back, leg, and joint pain, as well as, muscle spasms and cramps.
Cortex Eucommiae is good for low back pain. it is also combined with Dipsaci for fractured or broken bones to promote the healing of bones.
Rhizoma Corydalis is one of the most commonly used and the most effective herbs used to relieve pain because it has an excellent ability to activate the Qi and Blood circulation in the body. Corydalis can treat pain in the upper and lower extremities and also be used for traumatic injuries. Research has shown it has analgesic and anti-inflammatory properties.
Radix Dipsaci is known in Chinese as Xu Duan or "restore what is broken." It is good for sore and painful lower back and knees, stiffness in the joints and weakness in the legs. It is said to promote the growth of bones when used for fractures.
Radix Achyranthis Bidentatae is good for the tendons, bones, and joints. It is often used with Eucommiae for pain and weakness of the lower back and extremities. It is commonly used for sports injuries.
Flos Carthami (safflower) alleviates pain. It is used to disperse blood stagnation and open the channels.